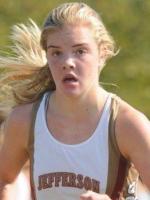 Future Stars Sophomore Girls Team of October...
Each month, MileSplit will be selecting 21 sophomore girls as part of the Future Stars of XC Team presented by Hoka One One building into the end of season team to be finalized in early December. Chec...