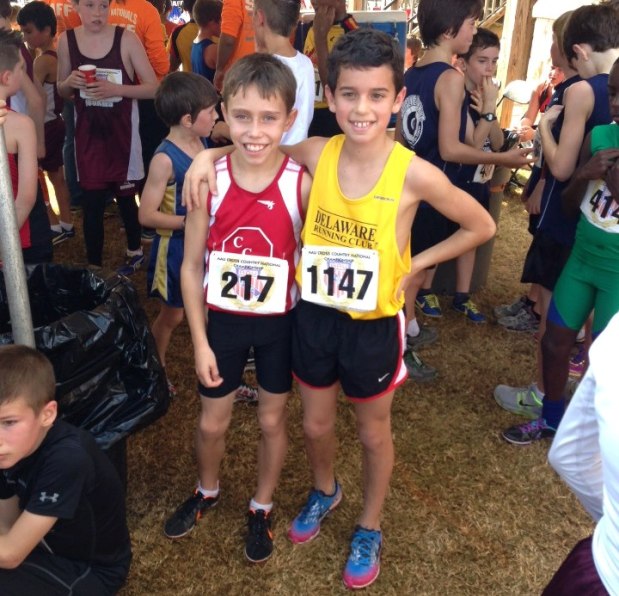 Even though Castro had a personal best, he was hoping for a higher finish. After the race, he said his legs just did not want to move. Per his dad James, Castro had beaten all of the top 8 this past summer. James went on to say he was proud of his son for the top 10 finish.

The Top Ten finishers in the bantam boys (10 year olds) 3K race were:

On behalf of WVRunners we would like to congratulate Noah on a great 2012 season! We look forward to watching you progress in the upcoming years! 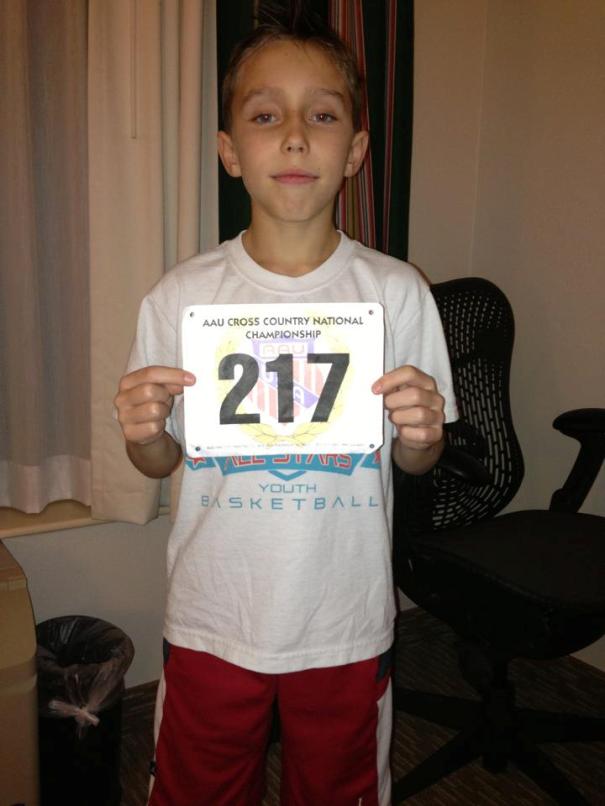 Noah Castro the evening before the race - Photo by Todd McMillion

Doug McDaniel contributed to this article.