Matthew Brafford, a junior at George Washington High School, is trying to claim gold for the second time in a week at the 2012 AAU National Cross Country Championships on Saturday, December 01, 2012 @ Winthrop University in Rock Hill, SC. Brafford advanced to the National Championship by competing first in his District Championship at the West Virginia AAU Youth Cross Country Championships which was held on November 10, 2012 @ Coonskin Park in Charleston, WV. Brafford easily qualified in his respective age division by winning the Young Men’s 5K run in a time of 16:46.

The 2012 AAU Cross Country National Championship is hosted by the National AAU. There will be nearly 1,400 age-group youth athletes competing for National honors from around the country. The AAU National Championships will be contested at the Winthrop Recreational and Research Complex. The course will be ran on recreational sports fields, plus a nine-hole golf course that features rolling hills, long fairways and wooded areas. Temperatures for Saturday’s race should be high 67 degrees/low 43 degrees, with it being partly cloudy with a 10% chance of rain and winds SE at 3mph.

At this Saturday’s AAU National Championship, Mathew Brafford will be competing in the high school division on a 5K course against 140 other runners. The Intermediate Boys & Young Men will run a combined race, with individual awards given to both the Intermediate Boys and Young Men age divisions. 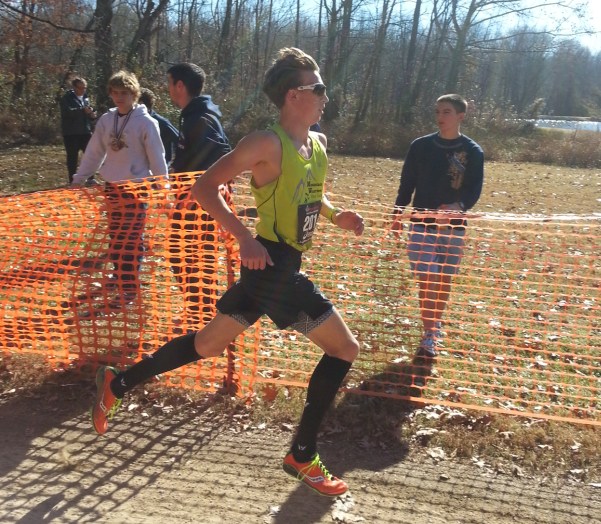 Last Saturday at the Foot Locker South Regional Cross Country Championships, Brafford dominated the field in the junior boys’ race, completing the 5 Kilometer (3.1 miles) course in 15:38. He finished well ahead of runner-up Brendan Taylor of Little Rock, Arkansas, who crossed the line in fifteen minutes fifty-four seconds. In October he was State Runner-Up to Jacob Burcham of Cabell Midland High School at the West Virginia High School AAA Boys Cross Country Championship in a time of fifteen minutes 42 seconds.

Brafford is coached by Nick Bias.

On behalf of WV Runners we would like to wish Matthew Brafford the best of Luck at the 2012 AAU National Cross Country Championships!!! Your off-season training has really paid off!