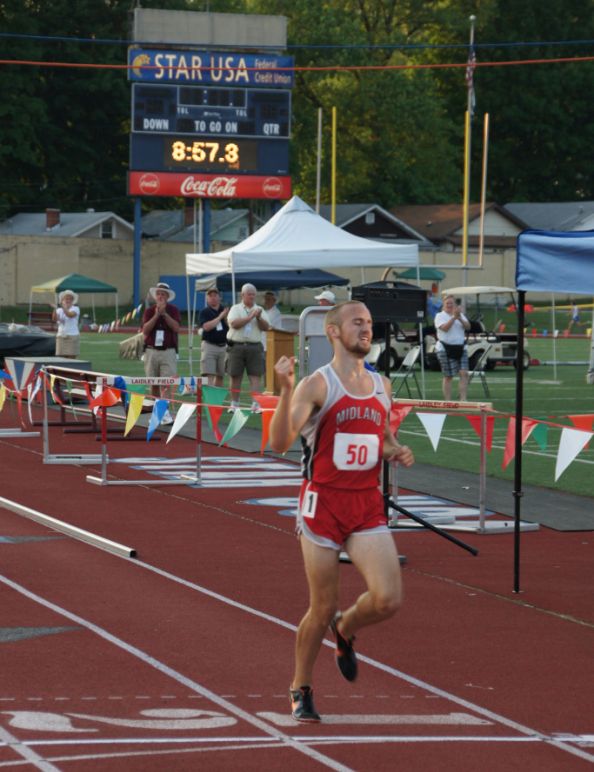 Jacob Burcham winning the 3200m in meet record time - Rollie Jacobs photo
(Note: this photo made the milesplit national article- click on US High School in top banner)
The 98th Boys and 38th Girls West Virginia High School Track & Field State Championships were held on May 18th-19th, 2012 at Laidley Field Track in Charleston WV. Some of West Virginia's brightest stars shined during this two day tournament. There were fourteen records set in the girls and eleven in the boys. In all, we had a combined total of twenty-five records set over the course of the meet, with nine records being set in the Class A Girls, two in the Class AA Girls, three in the Class AAA Girls, seven in the Class A Boys, one in the Class AA Boys, and three in the Class AAA Boys.
WV Runners would like to recognize Maggie Drazba of St. Marys High School as our performer of the meet for setting four State Meet Records in the 800m, 1600m, 3200m, and 4x800m relay. We would also like to recognize the Williamstown High School boys' and girls' track & field team for setting a combined total of five State Meet Records in Class A.