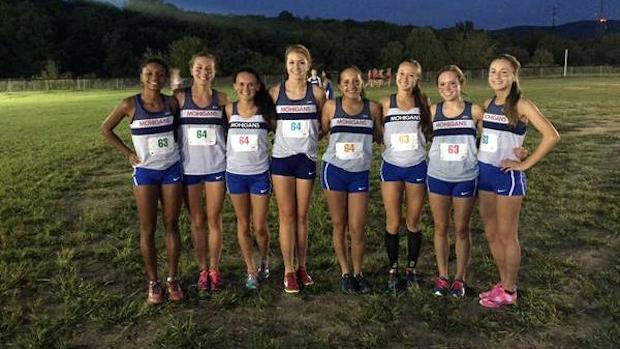 The Morgantown girls and University boys proved to have the best squads in the season opening Knight Night Relays at Preston High School in Kingwood on Saturday night in the 4x1.5 mile relay race.

The Morgantown girls were able to distance themselves from the runners-up, University High, by a minute and 26 seconds, with their total time of 37:46.6. Morgantown had two girls clock splits nearly 9 minutes flat with their opening leg in Hannah Pineault (9:03.2) and anchor leg in Skylar Brooks (9:06.0).

The boys team race for first place was a bit closer, but last year's AAA state champions from University High School were still able to gap the Morgantown boys by 24 seconds with a total time of 31:12.7 from their four legs.

Alex Minor led the University boys off with a 7:34.4 split from the 4:19 miler to put them out in front and Seth Edwards closed it out for the win posting the fastest split of the meet in 7:27.3 from the 15:05 5K runner.

Morgantown senior Connor Riley had the second fastest split in the boys race behind only Edwards as he was giving chase on anchor and ran a very swift time of 7:27.6 for the 1.5 mile loop at Preston High School.