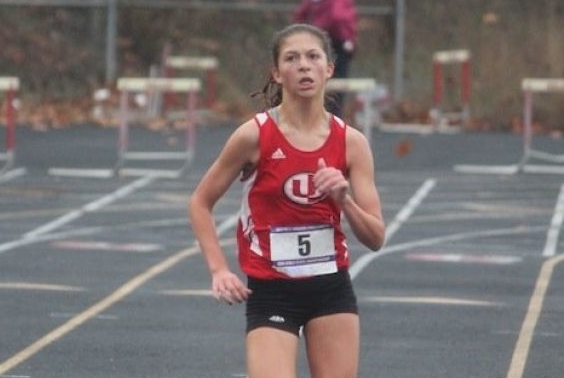 This is the 10th in a series of previews on West Virginia High School boys’ and girls’ cross country for the 2013 season.

Abbey Harrison, a junior at University High School, is the pre-season WV#3 ranked runner for AAA girls. She had an outstanding sophomore year in cross country, but got an injury during track.

I began running both cross country and track in middle school.

I noticed that you didn’t run as much tracki. Is there a reason for that?

Last track season was the first I didn't run due to a minor knee injury that I have now recovered from.

My PR overall so far would have to be the one I'm most proud of.

What are your goals for you and your team this XC season?

Our goal this season is to just do our best and push each other to be the best we can as a team.

After the regular XC season is over, will you take part in any of the national races like Foot Locker Championships or the Nike XC race?

I do plan on participating in a few races after the regular season ends.

I imagine that you are getting recruited pretty heavily with some of the times you have posted. Do you plan on running in college?

I do plan on running in college if the opportunity comes.

I wouldn't say there is one person, but my whole team and all the girls who run in Morgantown definitely influence me and help push me to do my best.

Abbey Harrison could have been WV#2 going into the 2013 cross country season with her fourth-place finish in 2011 and her third-place finish in 2012 at the West Virginia High School AAA Girls Cross Country State Championships. Amelia Paladino has the times to keep her No. 1 in the 2013 season. Personally, I look for another great battle between Abbey Harrison and Kaitlyn Workman of Preston High School. Harrison is now free from injury and looks to pursue her quest to be the best. She should finish at least in the top three and make All-State First Team for the third year in a row.

Will Abbey Harrison be back this season performing the times she was before her injury? Paladino, Workman and Harrison are the pre-season top three runners. Will they hold to their rankings or will an up-and-coming star steal the spotlight?