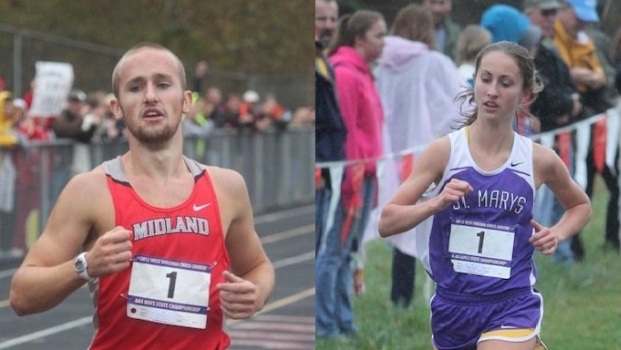 Two of the greatest all time West Virginia cross country and track and field athletes have decided on their post season races. New balance national outdoor mile champion and U.S. #9 All-American  Jacob Burcham of Cabell Midland has decided he wants to compete in the Nike Cross Nationals (NXN) Southeast Regional with his teammates in Cary, NC. Burcham likes the idea of the team factor along with individuals competing at NXN.

Last year, Burcham did not compete in either Foot Locker or Nike, but decided he was ready to return. Coach Chris Parson's of Cabell Midland states, "It was a great experience for him 2 years ago and he really liked the challenge of the European style XC course." This should make the competition at Nike a little worried after reading this next comment from his coach. Parsons added, "He is still on an upswing in his training and competing. Every week, he gets stronger & stronger, so by NXN Finals in Portland, he will be at his best for the season. We gave him almost 6 weeks off this summer and he didn't start back until almost the 2nd week in August."