On a beautiful sunny day in scenic Smithsburg, Maryland, the Jefferson boys and Washington girls demonstrated the strength of West Virginia High School Track and Field by notching 40 point victories in the Charas Heurich Invitational.  In the boy’s meet, Jefferson posted a 47 point victory by defeating second place Stone Bridge (VA) 128 to 81.  Catoctin (78) and Sherando of Virginia (71) rounded out the top four finishers.  In the girls’ meet, Washington defeated second place Catoctin (MD), 114 to 74 followed by host Smithsburg with 70 and Stone Bridge with 61.

Despite some of their top runners missing events due to ACT testing, Jefferson again proved too much for the ten team field by using a balanced roster to score in every event except the Pole Vault and Long Jump.   Dante Price again led the way with victories in the 100 M Dash (11.09), and the 200 M Dash (21.84).  Price also contributed to Jefferson’s victory 4 X 100 M Relay (44.04) and a second place finish behind Smithsburg in the 4 X 200 Relay (132.20). 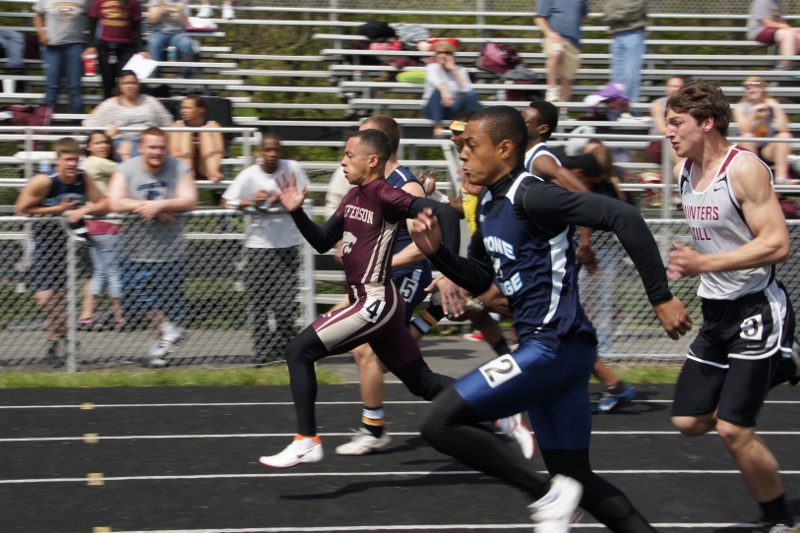 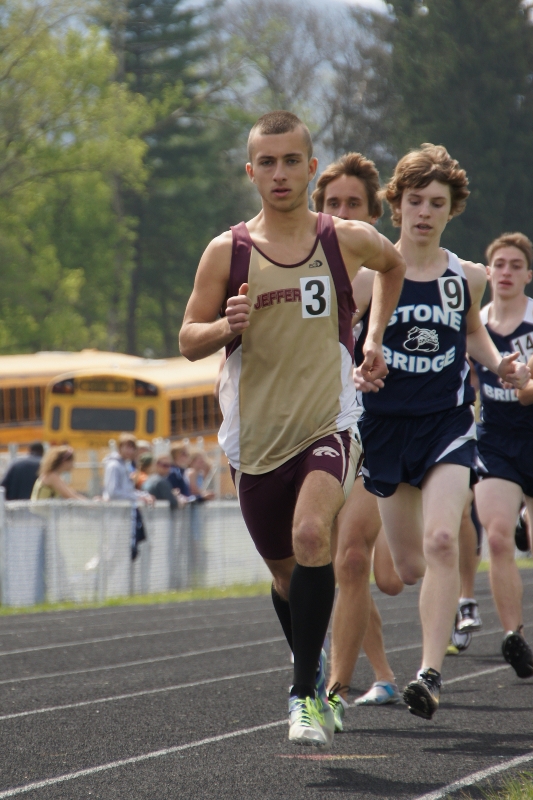 The Jefferson hurdlers held up their end of the bargain as well led by Warren Gray’s victory in the 300m Hurdles with a time of 40.74.  He was followed closely by teammate Ashton Hyler in second (41.18) and Curtis Chiswell in fifth (42.43).  Chiswell also pitched in with a fourth place finish in the High Jump after clearing 5’10”.  In the 110 Hurdles won by Stone Bridge’s D’Ante Yarborough (15.15), Jefferson’s Lane Simpson pulled up late but still managed to take fourth in 16.02 followed closely by Warren Gray in fifth with a 16:08. 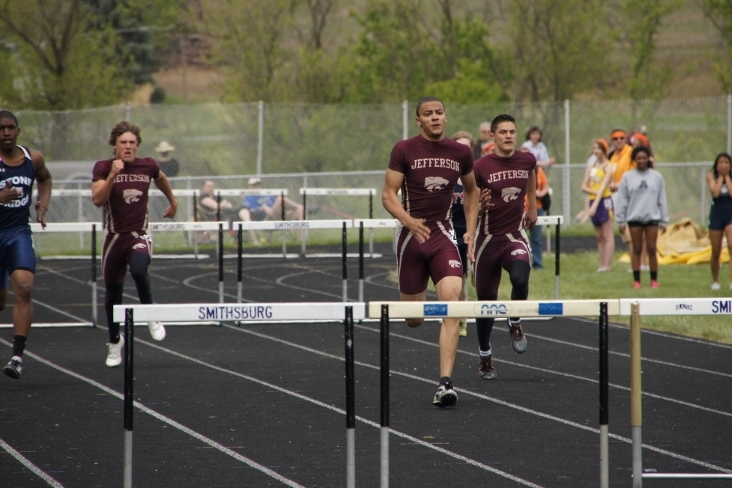 In the field events, the big story was again Washington’s Roland Rush.  Rush repeated his performance in at the Dwight Scott Invitational last week by clearing 14’0” to defeat second place Brandon Stearns of Francis Scott Key (MD) by a foot and a half.  West Virginia vaulted well with two Hedgesville athletes, Hunter Weaver (3rd, 12’0”) and Mike Higginbotham (6th, 11’6”) scoring in the top six.  In the High Jump, Washington’s Martinez Grant cleared 5’10” to take third place just ahead of Jefferson’s Chiswell.   Chris Smith of Sherando was the victor jumping 6’0” to take the crown.   Grant also scored in the long jump, leaping 20’01” to take third in the event won by Smithburg’s Zane Gardenhour with a stellar leap of 21’6”.  The boys’ Shot Put was won by Catoctin’s Tyler Silverman with a toss of 45’10”, just outdistancing second place Travis Ritter of Sherando (45’7”) and Jefferson’s Travis Miller (45’5”).  In the Discus, Catoctin’s Tyler Silverman’s doubled up to earn the Discus victory in addition to his Shot Put victory.  Silverman spun his way to a throw of 150’01” outdistancing the filed by over 20 feet.  Jefferson’s Cornell Holt contributed to the team victory with a throw of 114’11” to earn fourth.

Other notable West Virginia performances on the day included Washington’s Derrick Burnson (51.85) and Jefferson’s Leon Waldron (52.28) earning third and fifth respectively in the 400 M Dash and Hedgesville’s Aaron Lloyd taking 6th in the 200 M Dash with a time of 24.16.   In addition to Jefferson’s team victory, Washington took seventh and Hedgesville ninth in the ten team field. 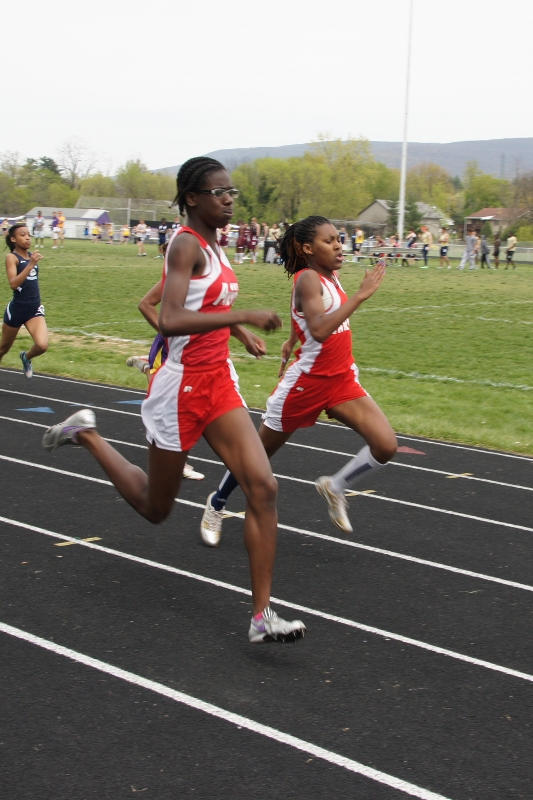 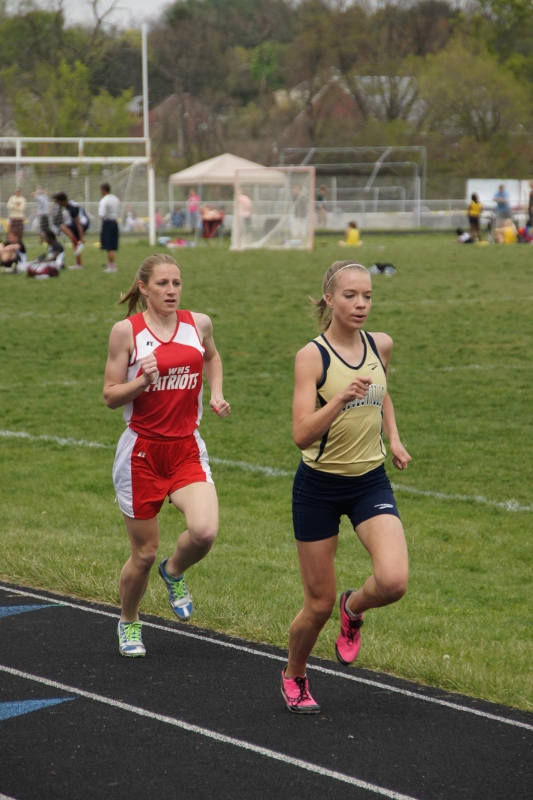 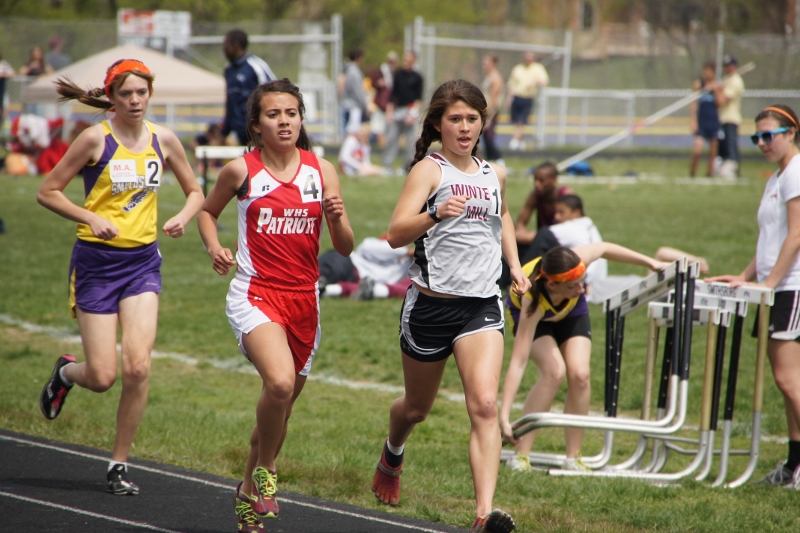 Washington’s pole vaulters shined on the day with a 1-2 finish in the event.  Caysie Irving followed up last week’s second place finish with a victory at 10’0”.  She was followed by teammate Sara Pifer with a vault of 9’0”.  Hedgesville’s Tameisha McBrearty cleared 8’0” to take fourth and Jefferson’s Ananda Garcia 7’6” to take sixth.

In the throwing events, Hedgesville’s Victoria Reid scored a remarkable  double victory by winning the Shot Put with a throw of 33”4” over Francis Scott Key’s Danika Ana (32’4”) and winning the Discus Throw with a toss of 109’0” to beat Smithsburg’s Gabby Slayman (91’5”) by over 17 feet. Washington’s Taylor Cathcart recorded a throw of 81’9” to place fifth in the event.

In the team standings, Washington scored the easy victory in the eleven team field with an improved Jefferson team just nipping Hedgesville for eighth place by a score of 32 points to 31.

One final note…the Charas Heurich Invitational was founded to honor a wonderful young woman and Smithsburg student-athlete who died tragically while attending Smithsburg High School.  On this day in 2012, the meet was dedicated to another Smithsburg student-athlete who also lost his life earlier in the week. Mitchell Akers was killed when he was accidentally thrown from a utility vehicle while working at Hagerstown Municipal Stadium.  A moment of silence was held before the start of the meet and the Smithsburg athletes wore orange bandanas and remembrance stickers dedicated to Mitchel Akers.  Condolences go out to his family, the students and staff of Smithsburg High School and the Smithsburg community as they mourn this tragic loss.