With the season ending State Championships looming this Saturday at Cabell-Midland High School in Ona, West Virginia, it’s time to take a look at the contenders for this year’s AAA team and individual titles.  Trying to compare teams and individuals that have competed on very different courses under varying weather conditions is always fraught with difficulty.  Nevertheless, based on season-long results and current WVRunners rankings, here’s this season’s preview of the 2011 West Virginia AAA State High School Cross Country Championships.

2010 Champion and current WVRunners #1 Cabell-Midland again enters the meet as the clear favorite to emerge as team champions.  Led by 2010 State individual champion and course record holder Jacob Burcham and supported by an impressively deep and talented roster of runners, Cabell-Midland has led the West Virginia team rankings throughout the year.  Junior sensation Burcham posted the fastest time by a West Virginia runner in 2011 with a 15:00.2 on a fast track at the Great American Cross Country Festival in North Carolina in early October. This came after an earlier 15:03 at the Trinity/Valkyrie Invitational in Kentucky. 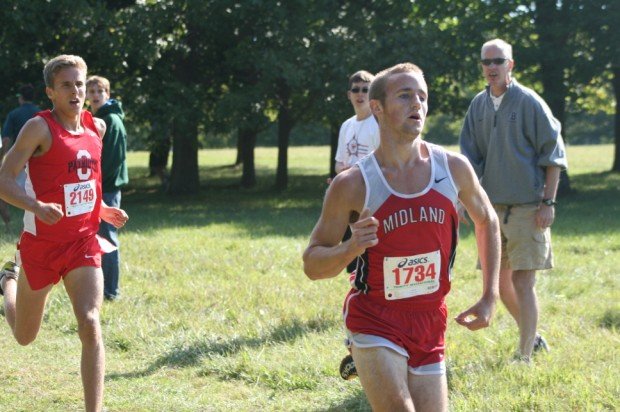 But Burcham is not alone on the talented Cabell-Midland team.  Senior Tyler Salmons also posted two sub-16:00 times (15:50.2 and 15:57.0) at the same meets and provides a talented, consistent and experienced back-up to Burcham.  With juniors Brian Lawhon, Avery Campbell and Jeremy Waugh, Cabell-Midland boasts three additional runners with times of 16:41 or better on a 5K course.  Should any of them falter, junior Jared King (17:12.0) or sophomore Eric Wooten (17:17.5) are there to step up.   All things considered, running on their home course with a deep and talented roster, Cabell-Midland remains the clear favorite.

While it may be tempting to consider Cabell-Midland a lock on the title, senior Eric Graf leads a steadily improving Jefferson squad that could surprise.  Graf posted impressive wins in Maryland and West Virginia throughout the year and enters the Championships having just broken the Hampshire course record with a 15:59.0 in extremely difficult weather conditions at Regionals.  In fact, Graf posted three sub-16:00 times on 5K courses this year with a best of 15:51 at the Oatlands Invitational in early October.  He added two sub-15:30 times on 3-mile courses in Maryland including a best of 15:15.3. 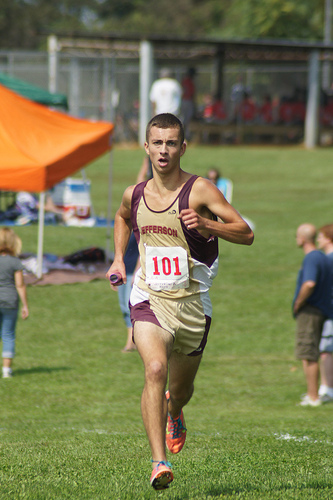 Sophomore Ryan Graf has been a strong and consistent #2 all season with a 5K best of 16:27 achieved at the Oatlands meet and no 5K time higher than 16:35 all season.  His 3-mile best clocked in at 15:29.7.  In sophomore Andrew Milliron and senior Sam Munnis, Jefferson has two consistently fast runners who have posted 2011 bests below 16:44 for the 5K and 3- mile PRs below 15:50. 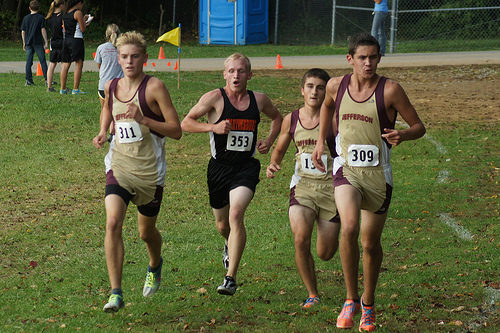 Jefferson will need a strong #5 performance from freshman Zach Wiberg (5K, 17:20.1), sophomore Jackson Jacobs (5K, 17:43.0) or junior Jimmy Ross (3-mile, 16:55.8) to challenge for the title.   Late season performance and season long improvement from the team as a whole make securing the championship a challenging possibility. 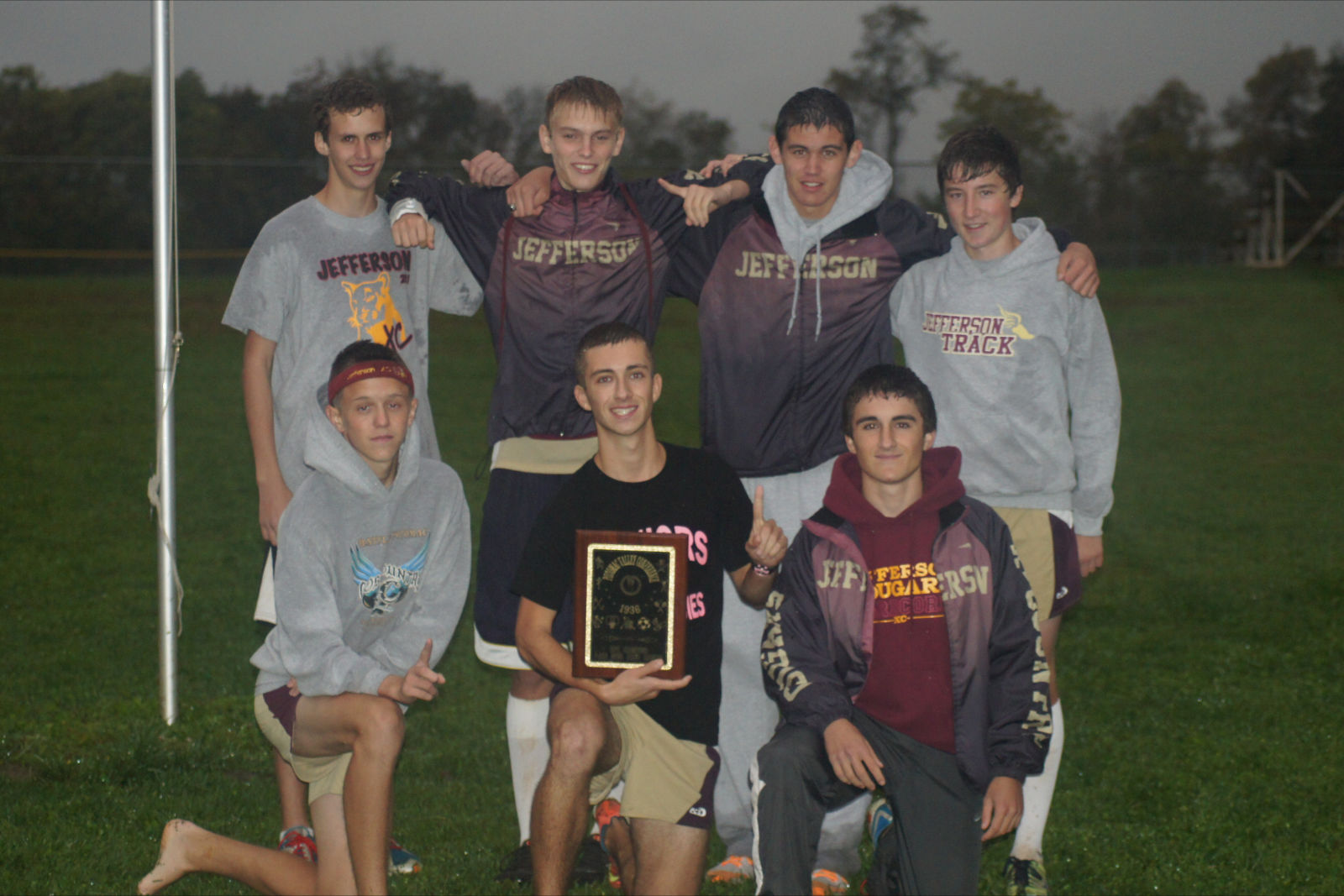 Like Jefferson, Preston has been improving all season and could be a contender to move up beyond their current #3 ranking.  Talented senior Peter Schwarzenberg posted a season best 15:48 5K to capture the Gettysburg Invitational in Pennsylvania in October against a talented field.  He also posted a 15:49.3 on the 3-mile Interstate Classic course early in the season. 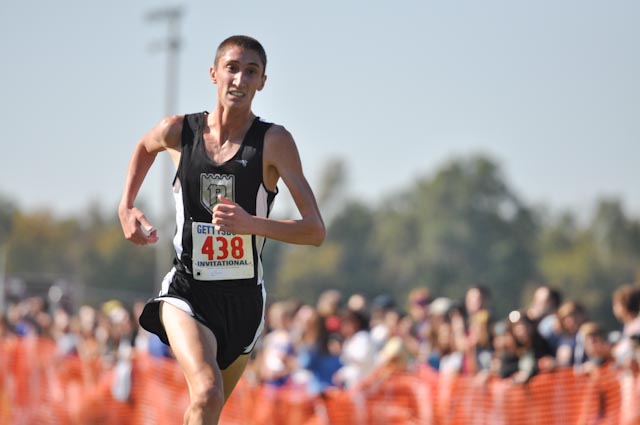 Schwarzenberg is ably supported by 2010 All-State performer Brody Born.  Born, a junior, is currently ranked seventh in the WVRunners individual rankings after posting a 16:17 at the Gettysburg meet.  In sophomore Colin Radabaugh (17:04), senior Nick Robertson (17:10) and junior Tim Funk (18:04), Preston has three runners that will have to turn in big performances to challenge for the #2 finish or better.  Junior Trever Jennings (18:31.0) and senior Kyle Benson (18:42.0) round out the Preston squad.

Winfield and University High Schools sit just behind Preston in the WVRunners rankings and could challenge for a top three finish.  Winfield senior Joe Kirtner’s performances include a 15:47.2 recorded at the Great American Cross Country Festival in early October.  Kirtner is backed by seniors Cody Honaker (16.28.8) and Cory Foster (16:37.6) who recorded their PRs at the same meet.  University is once again led by senior Jordan Brown-Stobbe.  Brown-Stobbe, a 2010 All-State performer, boasts a 2011 PR of 16:10.9 posted at the Ohio Valley Athletic Conference Championships. 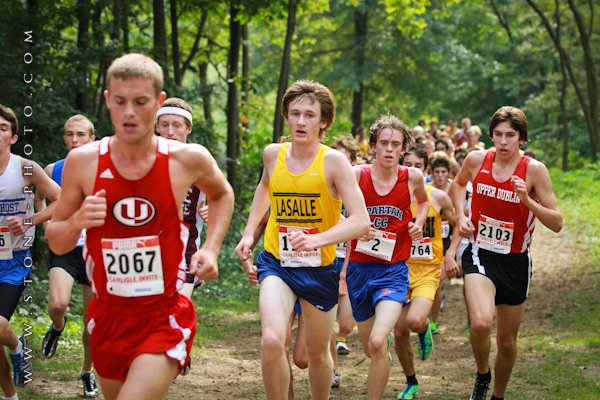 Jordan Brown-Stobbe leads the pack at the Carlisle Invitational (www.stone-photo.com)

University teammates Andy Paladino (sophomore; 16:49.7) and Patrick Wells (senior; 17:34.9) provide depth for the University squad.  Parkersburg, led by junior Nick Musgrave (17:01.8) and sophomore Sean Snider (16:55.9), has an outside shot to surprise with a top three finish.

Bottom line:  Jacob Burcham and his Cabell Midland teammates enter the meet as the favorites to take the individual and team titles.  However, nothing in cross-country is a sure thing and there are potential surprises lurking in the shadows.  Great performances by the Jefferson runners or the Preston harriers could shake things up.  We’ll find out after the race but no matter what it should be interesting! 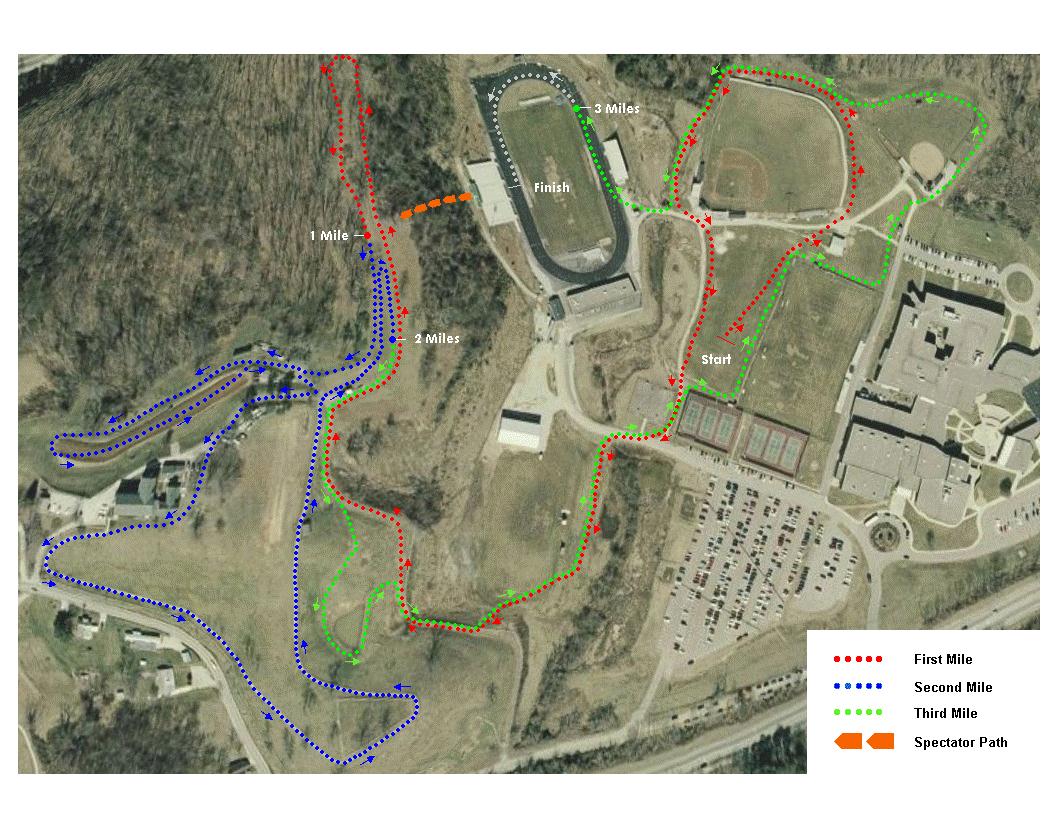 The awards ceremony for both races will follow in the Cabell-Midland gymnasium at 11:45.  Admission is $8.00 for adults and $7.00 for students.