Upsets Morgantown to Claim the Crown 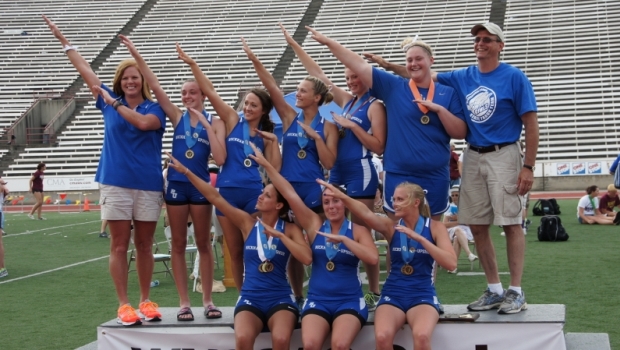 The Buckhannon girls came into the 2013 West Virginia High School Track & Field Championships as mild underdogs to an excellent Morgantown team but emerged victorious in a hard fought meet.  Once again, Buck-ups superb all-around athlete Emily Godwin led the way for the Buccaneers compiling 40 of the team’s 102 total points to secure the victory over Morgantown (84) and Washington (64). 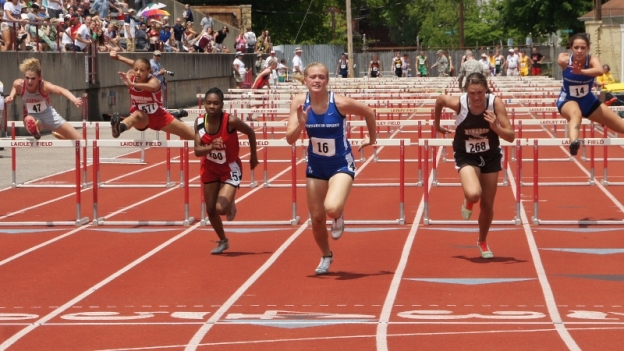 Godwin swept the Hurdles racing to victory in 14.96 seconds in the 100m Hurdles and 44.75 in the 300m Hurdles.  She added victories in the Long Jump (17’7”) and the High Jump (5’8”) to earn the high point award for the AA girls division with the maximum 40 points.  It was the second straight year Godwin has scored 40 points at States, an impressive achievement!

Nevertheless a team doesn’t get top 102 points and a state title based on the efforts of even a superb athlete like Godwin.  The Buck-Up throwers had an excellent day capturing the discus and shot put.  Mackenzie Leigh led the way with her victory in the discus with a throw of 131’11” to finish ahead of Hurricane’s Abby Watson's 126’5” and teammate Mercedes Dowell’s third place throw of 123’6”.  In a reversal of roles, Dowell captured the shot put title with a throw of 39’10” to finish ahead of Leigh’s second place throw of 39’6.5”.   Buck-Up’s Lauren Cvechko lent her efforts to the cause, contributing 15.5 points on the day including third place finishes in the Long Jump (16’4.25”) and 300m Hurdles (46.67) and a victory with her relay mates in the Shuttle Hurdles (1:03.86). 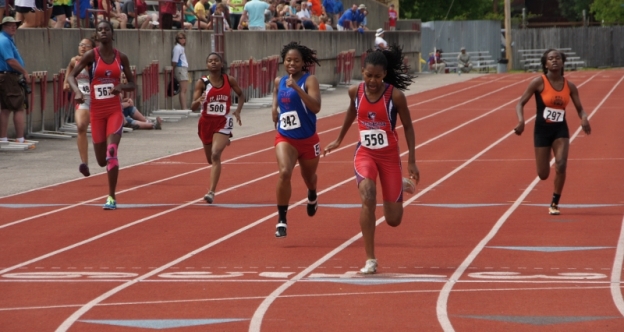 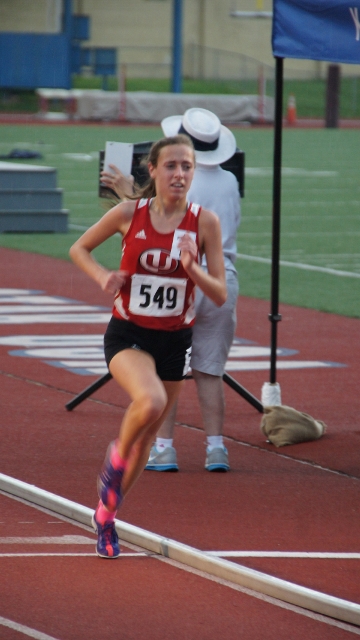 Amelia Paladino of University continued her stellar performance in the distance events, winning the 1600  in 4:59.43 and establishing a new state meet record in the 3200 with a blazing 10:40.27, shattering the old record by nearly nine seconds.  In that race, Jefferson freshman Abby Colbert bolted past an experienced and talented field to finish in second in 11:03.05, over 2.5 seconds ahead of Morgantown star Sydney Pineault (11:05.58).   Watch Colbert for the future. 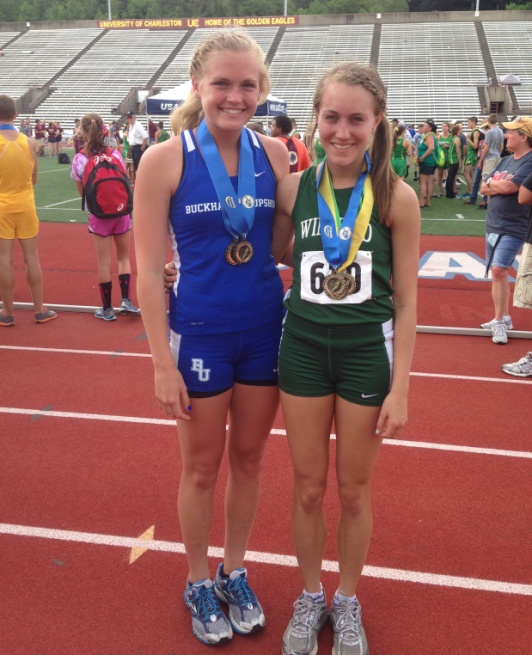 Overall, the major highlights on the day included:

In the end it was the stellar performance by Emily Godwin with major assists by Mercedes Dowell, Mackenzie Leigh, Lauren Cvechko and others that put Buckhannon-Upshur out in front of an excellent Morgantown squad.  With the graduation of stars such as Godwin, Hosby,  and  Trott next year’s meet may be wide open.  It will be interesting to watch as the 2014 track season unfolds.  See you next year.