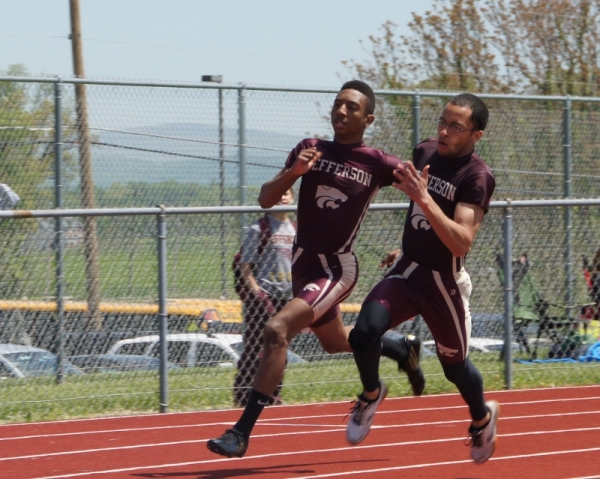 Price and Graf Lead the Way for the Cougars

On a beautiful spring day under sunny skies, the Jefferson boys’ track team began their final push towards the state championships with a strong showing at Saturday’s Potomac Valley Conference.  As has become an expectation at Jefferson, the team showed speed, depth and power scoring victories in distance, sprints, jumping and hurdle events.  The Washington girls also turned in an excellent performance as they captured the girls’ PVC AAA title.

Jefferson was once again led by their superb sprinter, Dante’ Price.  Price raced to victory in the 100m Dash (10.75 seconds, the current State season best) and the 200m Dash (22.51) and anchored the Cougars 4X100 Relay victory (43.36).  Jefferson and Price have also added a new weapon to their sprint arsenal with Price now also running and winning in the 400m Dash.  Price set a State season best in the 400 with a time of 48.57 seconds easily outdistancing Musselman’s Josh Ferguson who turned in an excellent performance at 49.75. 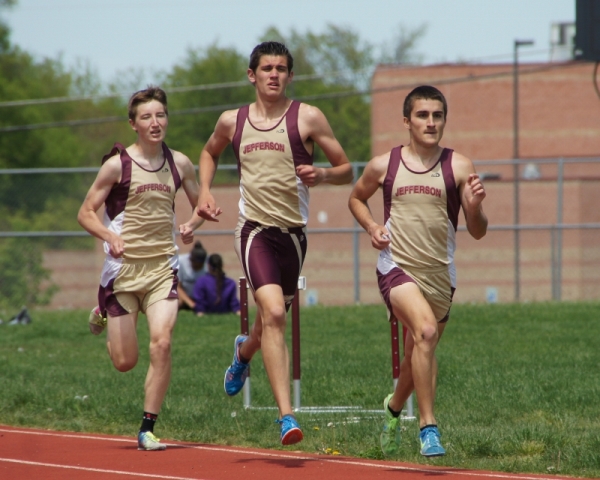 The Jefferson jumpers also pitched in with two victories.  Jordan Hardiman and Martinez Grant continued their winning ways with Hardiman clearing 6’4” to win the High Jump while Grant soared 20’11.75” to secure victory in the Long Jump.

The final Jefferson victory on the day was in the 4X400 Relay.  The Jefferson team demonstrated their depth in the 400 as they outpaced second place Martinsburg, 3:30.07 to 3:34.78.

Washington’s Connor Flinchum swept the 110m and 300m Hurdles with times of 16.30 and 42.33 seconds respectively.  It was Musselman, however that brought home the win in the Shuttle Hurdle Relays (1:00.19)

Other boys’ meet victories on the day were earned by Martinsburg’s Matt Berlo with a throw of 144’08.5” in the discus and Musselman’s Thomas Baroody who heaved the shot 49’09.00” for the win.  Hedgesville’s Hunter Weaver soared 13’00” to win the Pole Vault.  The Washington boys prevented a Jefferson sprint sweep by seizing the 4X200 Relay title with a time of 1:31.99.

In team scoring, Jefferson led the way with 162 points followed by Hedgesville with 110, Musselman with 92, Washington with 68 and Martinsburg with 62.  Next stop for the PVC teams is tomorrow at the Region II AA Championships and Lewis County High School.   Stakes are high as athletes from all five schools seek to qualify for the State Championships.