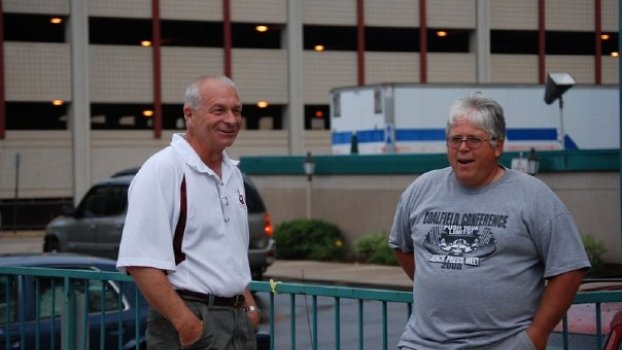 UPDATE 7/3/2013: A new West Virginia Web Master has been found. An announcement from Don Rich will be forthcoming in the near future.

Here is the original article from 4/16.

After careful consideration and a long drawn out decision making process, I have decided it is time for me to retire from WVRunners and the Milesplit Network as Webmaster of WVRunners at the end of outdoor season. I have relocated and am no longer able to attend meets or give the State of West Virginia the coverage it deserves. I will be actively involved in looking for a suitable replacement to continue and to improve the site. If you are interested please contact me at daddydoug@earthlink.net.  You may also contact Don Rich, COO of Milesplit, at don@penntrackxc.com or by phone at 610-662-6677.

Twelve years ago I began with our Virginia site, Milestat, as an assistant to Brandon Miles. My primary function was to enter and maintain the elite performances, athlete profiles, and was a message board moderator. Along the way, I learned and helped Brandon set up some meets, enter some results and write some articles.

In 2005 with the help of Milesplit CEO, Jason Byrnes, we launched WVRunners and began our journey as a member of the Milesplit family. It has been both rewarding and fun getting to know all of you during these 8 years.

I want to thank some people who have been very special to me along the way and I don’t mean to leave anybody out. So, please forgive me in advance.  There are hundreds of you who have contributed and helped and I thank you. Here are some I feel were instrumental in the success of WVRunners.